There are many places near the Witterings to explore, such as Portsmouth and its naval museums, Chichester for shopping, the theatre and the beautiful Cathedral, and just across the water is the ancient village of Bosham. 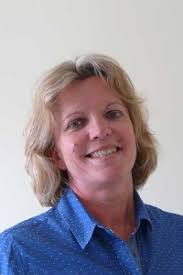 Hire Your Own Private Tour Guide and Explore the Local Area

There are so many fabulous places to visit near to the Witterings, an area steeped in history and beauty. Suzanne West is a fully qualified Blue Badge Tourist Guide for Southern England, and will organise a day (or more) entirely to suit you and your interests, giving you the history, the fun stories and so much more than any guidebook!

Your day could start at Arundel Castle, which dates back to 1068, with its beautiful gardens, then you could head to Chichester for a visit to the Cathedral, see the beautiful Bishop’s Palace Gardens and a take a walk through the City.

Or perhaps you’d like Suzanne to take you to Portsmouth, where you could visit the Historic Dockyard to see Henry VIII’s ill fated ship the Mary Rose and Admiral Nelson’s flagship the HMS Victory followed by a visit to the DDay Story, which tells the story of the Operation Overlord during the Normandy landings.

You could even charter a yacht and see the sights of the Solent!

From West Wittering Beach you can see the Portsmouth Spinnaker Tower standing proud on the skyline. By road, Portsmouth is about 35 minutes away, a naval port city and naval base, and it boasts several maritime associated attractions. 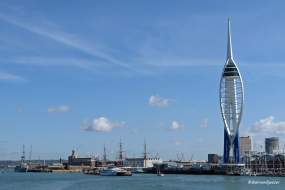 You may want to begin your day there by visiting the Spinnaker Tower itself, with incredible views from the Sky Walk, which includes a glass platform for those who have a head for heights!

It was from here that Admiral Horatio Nelson set sail for the last time on HMS Victory for his fateful but victorious voyage culminating in the Battle of Trafalgar in 1805. The ship herself is here in Portsmouth, part of the Historic Dockyard, where you can also visit the Mary Rose, which was built in 1545, sank on its maiden voyage and then raised from the water in 1982. There is a host of other attractions at the Dockyard, as well as tours of the Harbour.

Portsmouth is also home to the D-Day Story, which focuses on the liberation of Europe from Nazi Germany occupation, including preparation, personal recollections and the magnificent Overlord Embroidery, stitched over five years from 1968.

Away from the maritime theme, Portsmouth is also the birthplace of literary great Charles Dickens and you can visit the Charles Dickens Birthplace, but you will need to book – they offer private bookings only.

There are also shops galore in Portsmouth!